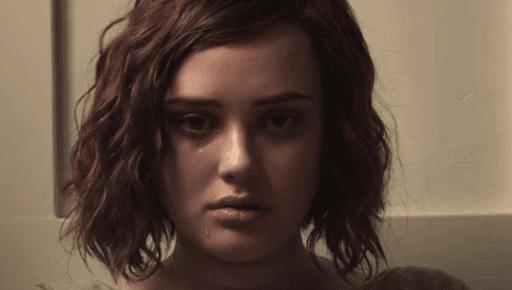 The internet swarmed with colliding opinions after “13 Reason Why” was released on Netflix in 2017. The teen drama tells the story of high schooler Hannah Baker and the taking of her own life, featuring mature scenes that include sexual assault, underaged drinking, and self-harm. Netflix and creator of the show, Brian Yorkey, had hoped that the striking imagery and intense plot of the drama would “open up” the difficult conversation about suicide. Their goal to encourage young people to feel comfortable talking about mental health issues was definitely achieved. The dark side of achieving this goal was that, unfortunately, young people are feeling comfortable doing more than simply talking about self-harm.

In 2017, the suicide rate for people between the age of 15-24 years old spiked to it’s all time highest peak since 2000. Oren Miron, a research associate at Harvard Medical School states that adolescent suicide “has reached its highest recorded level” and that “The data shows that [suicide] is a very real threat.” Miron is not the only medical professional who has acknowledged the increasingly frequent occurrences of teen suicides in recent years, and the severity of these terrifying trend. Doctor Christina Connolly in Maryland has stated that adolescents who have watched a suicide or known someone who has taken their own life can lead to an increased likelihood of self-harm. She also stated, in specific regards to “13 Reasons Why”, that adolescents who view the Netflix drama without adult supervision are also at an increased risk of self-harm. It sounds like this show doesn’t just come along with fear and tears, but other side effects as well.

Immediately after the airing of the first season, parents became incredibly concerned about what they’re children were binge watching all day. Parents of teens are not alone in being horrified at what they see on the screen when watching “13 Reasons Why”. The teens spoke out too, backing up their parent’s claims that the show is a massive glamorization of suicide, and that the nature of how Hannah Baker’s story is told romanticizes mental health issues and self-harm. Parents began to send letters to their local schools, urging administrators to discourage their students from engaging in the popular Netflix drama, and warning them that the show could be perceived as a glorification of a tragedy that should never be taken lightly.

Luckily, Netflix has acknowledged the public outcry about the graphic nature of the show as a valid and legitimate response. After consulting with medical expert Dr. Christine Moutier, Chief medical officer at the American Foundation for Suicide, Netflix made the conscious and wise decision to remove one of the drama’s most disturbingly graphic scenes; the scene in which protagonist Hannah takes her own life. The scene is gory, to say the least. There is no doubt that creator Brian Yorkey made the intentional decision to include such visually unnerving scene, I assume with the hope in mind to scare viewers by showing them what not to do. Seems like a pretty relentless attempt to intimidate teens with utter shock and fear rather than an effective demonstration to actually educate teens on the topic of suicide. Before deciding to remove this scene, Netflix attempted to defend their original implementation of it with this statement: “We gave the series a TV-MA rating (and) added explicit warnings on the three most graphic episodes…”.  Sure, at least they gave us a warning, but for the level of callous that this show exhibits, it should include password protection and parental blocks. A quick flash of a warning message won’t quite do the trick when a curious 13-year-old goes searching on Netflix for the hottest new show, especially when they’re lured in by a dreamy high-school love story.

As Netflix prepares to launch Season 3 of the series later summer, they are remaining “mindful” about the ongoing concerns surrounding the show. After much deliberation with the creator, creative directors, and medical professionals, the suicide scene is being edited out of the show. Thankfully they came to their senses about this scene, but frankly, it should have never been broadcasted in the first place. Despite Yorkey’s creative intent to re-enact the horror of suicide to “make sure no one would ever wish to emulate it”, the real data says otherwise.

Now, I wouldn't go as far as to say that the suspicious spike in suicide rates in 2017 was a direct cause and effect reaction of “13 Reasons Why” being released the same year. I will say, however, that there must be a correlation between the accelerating lack of censorship in teen dramas and the behavioral pattern of real teenagers. The medical community has yet to identify one distinct reason to explain the increase in suicidal patterns of adolescents, but there is one definite conclusion that can be drawn from teens’ relationship with technology; Increased technology has made it harder for people, especially adolescents to create genuine relationships. Less time is being spent on the creation of friendships and bonds. This time is being dedicated to social media, TV streaming, and being exposed to the potential threat of cyberbullying, a leading cause of depression.

The removal of Hannah Baker’s suicide scene is just one small step in the right direction. “13 Reasons Why” was a dignified attempt to normalize the conversation of suicide, a conversation that can no longer be left in the dark. They approach to this goal, however, was of a nature that is far too mature and, frankly, violent, for teen viewers. The conversation of suicide should be dealt with in an educational fashion that doesn’t include the glamorization of bullying, teen drinking, and mental health issues. Hopefully season 3 of the drama will come with a more responsible representation of this very serious global issue.