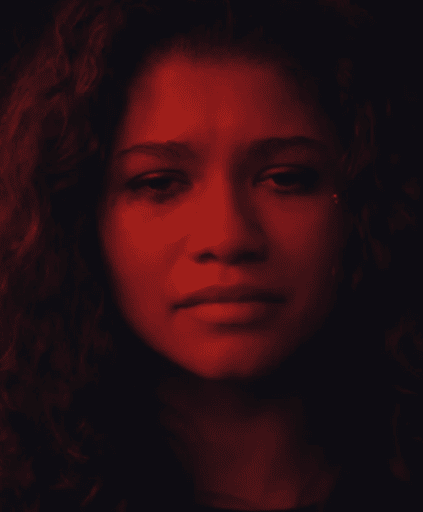 There’s nothing as endearing and wholesome as the mainstream glorification of teen drug addiction, recklessness, and unsolicited male nudity. HBO’s new series, Euphoria, tells the daunting and severely uncensored story of a group of teens facing the typical issues of high school life. These issues including statutory rape, unpredictable and dangerous encounters with tattoo ridden drug dealers, and your classic case of taking too much molly at the street fair. Sounds just like sophomore year of high school, right?

The dark tales that are dissected in each painfully explicit episode of Euphoria are presented in a graphic yet fashionable way. Psychedelic-esque special effects and popular rap songs are added to the scenes, allowing the pitifully naïve audience of 16-year-olds to vicariously experience a lifestyle of drugs, sex, and rebellion. I can’t bear to imagine even younger viewers learning the tricks-of-the-trade to drug abuse and casual hookups that are so nonchalantly broadcasted in each episode. Adolescents across the nation are being exposed to the mischievous methods of using drugs and getting away with it – the first episode of Euphoria features drug addict protagonist, Rue, played by Zendaya, fraudulently passing an at-home drug test using a bottle of someone else’s urine taped to her thigh. Meanwhile, actual high schoolers watching the show in awe are feeling the second-hand satisfaction of successful deception and learning how to execute it themselves. My first question for lead actress, Zendaya, is, who are you and what have you done with the Disney Channel Zendaya?

Euphoria leaves no room for the audience’s imagination – that imagination being the innocent and un-tainted one of high school students and, even more so, their parents. These poor, unaware parents must be absolutely horrified at the lifestyle depicted on the screen as they reluctantly and cautiously prepare for their own kids to enter the whirlwind of sin and self-destruction that is high school (according to Euphoria’s version of high school, that is). Just as much as a teenage girl isn’t prepared for unexpected photos of nude men appearing on their Snapchat feed, imagine how their mothers must feel seeing the very same crude images appear on their family’s television screen. Each episode forces the audience to reach an excruciating level of cringe that they definitely were not expecting, despite the warning message that plays before every episode. It’s hard not to literally wince at the disturbances that Euphoria sheds a vivid light on. Especially when they are aggressively shoved in your face with a dramatic and bizarre style of cinematography. Not only does the audience watch the main character, Rue, drown her OCD, personality disorder, and anxiety in pills and alcohol, but the filming and editing makes the audience feel just as high as she is. In one scene, the moment she swallows a tiny white pill, the screen is rotated upside down. The mind of the audience is quite literally spinning just as much as Rue’s. The show doesn’t allow you to simply watch, but it takes you on the journey of Rue’s drug fueled high as if you’ve just popped the same tiny white pill.

As much as the show’s attempt to normalize the conversation of drug abuse and irresponsible teenage behavior is respectable, the result is far less tasteful and bearable than it should be. As much as Euphoria is praised for its unique direction and impressive production, it must be called out for its negative brainwashing qualities. The show is a complete manipulation of the future generation’s malleable minds, fantasizing a lifestyle that no parent would be proud of their child for leading. It leverages the adolescent’s natural inclination to chase adrenaline, excitement, and disobedience by forcing inappropriate images in their faces as relentlessly as the characters force themselves to fulfill the expectation of rebellion and desirability. How are we expected to encourage a successful society if lust, violence, dishonesty, and drugs plague our television screens without the slightest breath of fresh air or comedic relief in between?

What Euphoria has in visual creativity and aesthetic pleasure, it lacks in restrain and taste. This sends a message to the viewers that unacceptable behavior can be made acceptable when masked with the glamour of famous influencers and actresses, trippy film effects, and relevance to pop culture. It is a shame that young people are eating into this gratuitous glorification of behavior that should not be taken lightly. Considering how adamant young people nowadays seem to be about self-advocacy and self-pride, you would think they would acknowledge Euphoria’s idolization of addiction and self-destruction, rather than praising it all over social media. All we can do while HBO continues to release weekly episodes of this horrific show is hope that viewers eventually realize it for what it actually is, and that they don’t model their own lives after it.